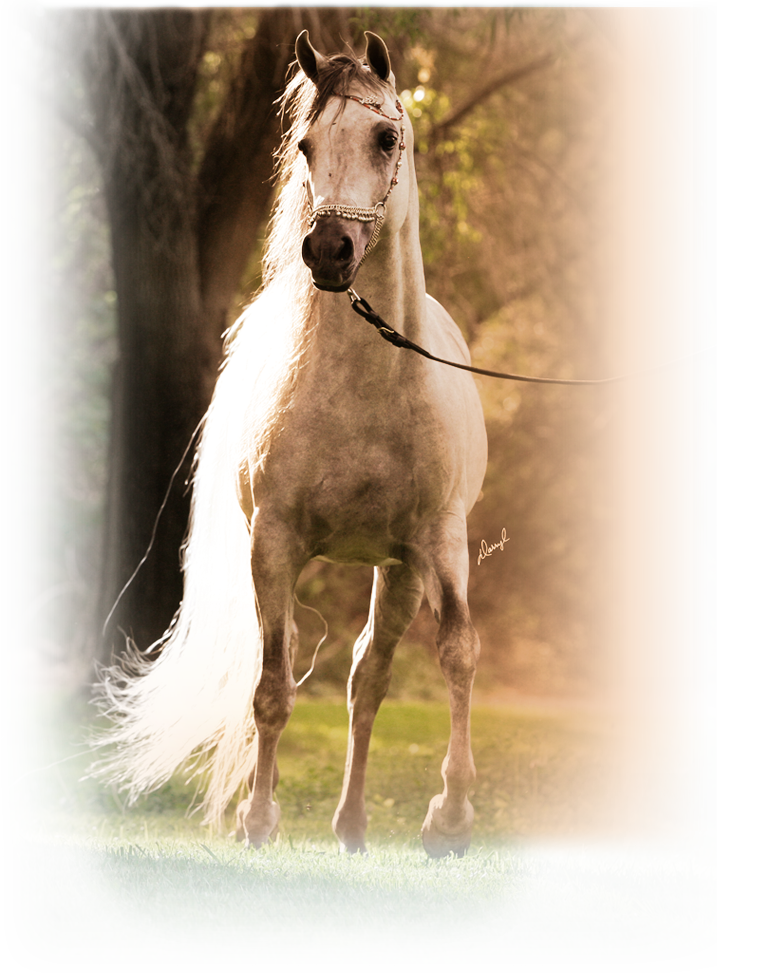 No other stallion embodies the heritage of the desert Arabian horse with more elegance and poise than Latif. His striking silhouette is a worthy complement to his human-adoring, heart-winning character. Fathering mostly fillies, all of which have inherited his exoticism and grace, Latif's journey to becoming a timeless and highly successful sire has only just begun.

"Latif" in Arabic means "gentle or kind." When you see him for the first time, you will be mesmerized by his kind big liquid dark eyes. Latif is a rare combination of exotic beauty combined with a gentle character that takes command as he trumpets his supremacy to all who will listen. His pedigree speaks for itself with a long line of legendary horses. He has double lines to Makhsous through Marquis I and the gorgeous daughter of Makhnificent KA, Aidahh KA. Aidahh's dam is the incredible Imperial Madheen daughter MB Masaleena. There are many others including Ruminaja Bahjat, Ansata Shah Zaman, Hoda, TheEgyptian Prince just to name a few.

With his first two foal crops on the ground, Latif has produced 6 daughters and most recently one colt. He has produced foals out of daughters of Imperial Madheen, Donatello KA, Al Baraki, MB Mayal and Vanylla Ice. He has proven that he can consistently pass on his exotic face, shapely ears, and strong hip and shoulder, and gentle disposition.

Get all the latest Sonrisa news on social media!